Votem, the election software company that administers Montana’s online voting portal for military service members and overseas citizens, responded to a letter from Secretary of State Christi Jacobsen asking about the nature of the company’s relationship with Konnech, Inc. and Eugene Yu. Western Montana News previously reported that Konnech CEO Eugene Yu was on the Board of Advisors at Votem and that Votem had purchased access to Konnech’s absentee voting software ABVote in 2016.

In Jacobsen’s letter to Votem, the Secretary of State repeated that Montana does not have a contract with Konnech. Secretary Jacobsen also said that her office does not use PollChief and that she had no relationship with Eugene Yu “whatsoever.”

Montana does not have a contract with Konnech, Inc., our office does not use the product involved, and the Secretary of State has no relationship or connection to Eugene Yu whatsoever.

In a 2012 Federal Voting Assistance Program grant application technical proposal from then Secretary of State Linda McCulloch, the application outlines the early development of Montana’s UOCAVA (Uniformed and Overseas Citizen Absentee Voting Act) online voting portal in collaboration with Eugene Yu and Konnech, with 17 states in total participating in the development of the software.

Secretary Jacobsen asked Votem if the company had acquired Konnech software products in the past and if their current software codebase “differs entirely” from what they may have acquired.

In a February 2016 press release from Votem, the company announced the acquisition of the “mobile voting business” from Konnech mentioning Montana as a client of Konnech.

Votem announced the acquisition of the mobile voting business from Michigan-based, Konnech Inc. This business unit and related product line called “ABVote”, brings Votem a set of leading voting systems products in use by many progressive jurisdictions including the State of Montana and Washington, DC.

The company’s CEO Peter Martin responded in a letter dated the same day, just a few hours later, insisting that Votem has no relationship with Eugene Yu or Konnech, though Martin did admit that Yu was an “informal advisor” and left that role before the 2018 election cycle.

Curiously, the Secretary of State’s letter to Votem established Eugene Yu’s relationship with Votem “since before 2018,” indicating perhaps communication with Votem prior to distribution of the letter to the company.

Votem’s Crunchbase profile currently lists Eugene Yu as a member of the Board of Advisors. A July 2021 Internet Archive capture of Votem’s website shows Eugene Yu listed under “Leadership” on the company’s now unreachable “Our Team” page.

Votem has no relationship with Eugene Yu, nor Konnech. Although Eugene was an informal advisor in our early days, but he was not a Board member. Eugene had zero responsibilities, nor oversight of Votem and has not served in any advisory role since before the 2018 election cycle.

The company did not directly address the Secretary of State’s question regarding acquisition of Konnech software. The company did state that Montana “has always used” Votem’s software for the Montana Electronic Absentee System, which contradicts their February 2016 press release stating that Eugene Yu and Konnech had “given care and attention in deploying” Konnech’s ABVote software in Montana:

Pete Martin, CEO of Votem, stated, “We are so pleased to add the ABVote product line as a complement to our Mobile Voting Platform (MVP)™. Eugene Yu and his team have built outstanding products for the mobile and online voting space. Even more importantly, they have given care and attention in deploying them at jurisdictions such as the State of Montana and Washington, DC so Votem benefits from now having an end-to-end mobile voting product line as well as a larger satisfied customer base.

Martin stated that Votem’s CastIron software is a completely different codebase than Konnech’s software and that they use none of Konnech’s technology to support Montana or other customers.

Most importantly, the State of Montana has always used Votem’s proprietary election management platform, called CastIron, for both EBRS and EAS voting. Our CastIron platform is a completely different code base than Konnech’s and we use none of the technology from their company to support the State of Montana or any of our customers.

The Votem CEO did not indicate when his company stopped using ABVote software after its acquisition from Konnech in 2016.

The Secretary of State’s letter also questioned if any employees at Votem are connected to Konnech, another question not directly addressed by Martin’s letter.

Secretary Jacobsen also asked how the company could assure Montana voters that the personal identification information of military and overseas citizens is secure. Martin said that all Montana data systems reside in secure data centers hosted through the Google Cloud Platform in the United States.

This story is developing. Check back for updates. 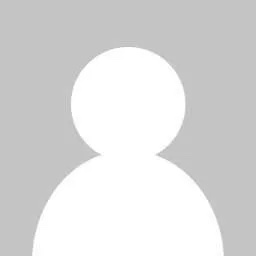